With the World Cup completed and Argentina crowned champions after a hotly contested encounter which was later decided by a penalty shootout, attention will once again be returned to the domestic leagues, where a lot of actions are expected to take place. Only eight days passed between the conclusion of the World Cup on and the continuation of the Premier League season, which resumed on Boxing Day (December 26, 2022).

With the unusual timing of this recently concluded World Cup edition in Qatar, a lot of teams will find it hard to adjust to their rhythm, which was cut short about a month ago. This will no doubt be on the minds of betting professionals as their stakes, betting choices and betting options will have to be adjusted to match the circumstances surrounding the resumption of local leagues.

Betting Tips Africa will be helping bettors to make better gambling decisions by taking a look at five clubs to watch out for in the upcoming resumption of the English Premier League.

The Gunners were flying high before the World Cup break as they sit at the summit of the Premier League standings, five points clear of Pep Guardiola’s Manchester City team. Mikel Arteta’s men are ahead of the pack with thirty seven points, thirty three goals scored and just eleven conceded.

Key to Arsenal’s resurgence to the top of the EPL has been the signing of Brazilian striker Gabriel Jesus from none other than their rivals, Manchester City. While Jesus is not a clinical striker who gets tons of goals each season, his quality, combination play and ability to make others around him play better have pushed the likes of Bukayo Saka, Gabriel Martinelli, Martin Odegaard, and Granit Xhaka to new heights.

However, Gabriel Jesus is now injured and recuperating from a serious knee injury he sustained at the World Cup, and his replacement for the Gunners is Eddie Nketiah. The Gunner’s number 14 is not a bad player, but he certainly is no Gabriel Jesus and a drop-off in quality is expected.

Nketiah was able to help the Gunners get a victory over West Ham on boxing Day but with tough matches coming up against the likes of Tottenham Hotspur and Manchester City, it will be tough for Mikel Arteta’s men to get their usual flow in Jesus’s absence.

While it definitely is a great choice to stake on the Gunners winning the league in the long run, it has to be taken into consideration that Arsenal’s star man is out.

However, for those willing to bet on theis event, there is a good chance as the January transfer window is around the corner and Arsenal are expected to strengthen their squad. So it may be a wise choice for gamers to go for it, with Bet9ja offering competitive odds in this regard.

City are currently five points behind Arsenal, but there are still a lot of games to be played with just fourteen under the belt. Pep Guardiola’s men travelled to Elland Road to face Leeds United, who had a lot of players well rested, while City’s players travelled a long distance for the recently concluded World Cup.

Leeds, despite being a high scoring and energetic side were unable to match City’s intensity and were beaten by Pep Guardiola’s men. It is still a logical option to back the Cityzens to win the league over Arsenal despite a five-point gap because they have more experienced players, have the better squad depth and have the better experienced manager.

If it comes down to a straight battle for the league between Arsenal and Manchester City, then a stake on the latter team is the more logical one and bettors should take advantage of this.

The likes of 1xBet, Betway and Mozzartbet are all offering great odds in this regard which could be great for making more money.

The Blues have had a rocky start to the season, heightened by the sacking of German manager Thomas Tuchel for Graham Potter. Coupled with the sale of the club to Todd Boehly, it is quite understandable that the West London side has struggled to reach new heights this season.

Stuck in the eighth position below the likes of Brighton, despite a win against Bournemouth, Chelsea really need to improve. However, they will be boosted by the return to form of Mateo Kovacic, who starred in Croatia’s run to coming third at the Qatar World Cup. Despite this, can Kovacic alone push his club ahead?

The midfield has been loose, and Kovacic will undoubtedly help, but it is not enough, as the likes of Raheem Sterling and Pierre Emerick Aubameyang have not clicked, and Armando Broja’s injury is another source of worry. The race for the top four positions is a battlefield on its own and Chelsea need to buckle up or face the danger of missing out.

Staking on Chelsea to make the top four positions is a nice betting option and with the likes of SportyBet offering competitive odds for this event, gamers can make good money on the Blues. However, all factors should be considered before such a bet is taken.

Newcastle United’s takeover by one of the wealthiest families in the Arab World has been talked about many times as being key to their improvement. While this is true to some extent, the quality of coaching from manager Eddie Howe should not be overlooked.

The Magpies look well drilled and organised and look a tough nut to crack for any team. Although they had the likes of Nick Pope, Kieran Trippier, Callum Wilson, Bruno Guimaraes and Fabian Schar at the World Cup, only Guimaraes and Schar played significant minutes which means Eddie Howe had an almost fresh squad when the Premier League resumed.

The third-placed Newcastle travelled to the King Power Stadium to face thirteenth-placed Leicester City, who were just getting to their feet and trashed the Foxes with a 3-0 scoreline. With the terrific form that Newcastle is displaying, can they seal their current top four position at the end of the season? Doing this will no doubt give them access to more revenue, attractiveness for better players and also boost their standing in the Premier League. So, will Eddie Howe’s men be able to do the job?

Based on the fact that it has been a very long time since Newcastle last tasted the top four positions, bettors can find it attractive to bet against them making it this season. However, the form of their competitors should be considered, and with Msport offering nice odds for Newcastle, this may be one of the options that can help boost bettor’s bankroll.

Erik Ten Hag’s men were in disarray at the start of the season. The World Cup break came at the wrong moment for them as they had just started to get into the ideas of the new manager. With many United players at the World Cup, there was bound to be fatigue and some disruption in their rhythm.

However, this was not the case as The Red Devils welcomed Nottingham Forest, who are in the relegation zone to Old Trafford, in the next Premier League with a sound 3-0 thrashing. With the confidence creeping back and their home crowd behind them, Manchester United may just be able to negotiate their way back into the top four. Not to forget the confidence boost for Marcus Rashford and Lisandro Martinez at Qatar, Manchester United should be able to keep their machine gunning and keep their run going.

Manchester United is a traditional top club in England and bettors may wish to stake on the possibility that they return to the top four. This is by no means a bad bet as it is quite possible based on a number of variables. However, the form of other teams like Newcastle United, and the record of others like Tottenham Hotspur and Liverpool should be taken into consideration. 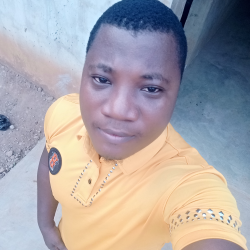 View all of Sofoluwe Mayowa's posts.
Homepage » SoccerVista - A different view on Football and Betting » Five Clubs To Watch Out For As EPL Title Race Continues