The USA played in three of the first four finals. The exception was the 1938 World Cup in France, which the Yanks did not play. After a third-place finish in the first edition in Uruguay in July 1930, the other two ended after the first phase. The Soccer Boys then missed out on a finals ticket nine times in a row.

The USA then made a comeback at the 1990 World Cup in Italy. It was to be the first of seven consecutive appearances. In the first five of these, the Stars and Stripes were eliminated three times after the group stage. The first exception came at the 1994 World Cup in front of their own crowd, when the US lost in the round of 16.

Eight years later, at the finals in South Korea and Japan in June, the only qualification for the quarter-finals to date was achieved. Later, the Yanks advanced to the round of 16 at the 2010 World Cup in South Africa and the 2014 World Cup in Brazil. Now the US team is set to return at the 2022 World Cup.

Gregg Berhalter took over the US national team in December 2018. The 48-year-old former central defender, who played for Energie Cottbus as well as 1860 Munich from 2002 to 2009, started as an assistant with Los Angeles Galaxy. After that, the former 44-time team player was first on the sidelines as head coach at Swedish top club Hammarby as well as Columbus Crew.

The Stars of the US National Team

More and more US team players are gaining experience in European football and some of them are under contract with top clubs. We are referring, among others, to RB Leipzig’s defensive midfielder Tyler Adams. Furthermore, central midfielder Weston McKennie earns his money with Italian record champions Juventus after four years at Schalke. Chelsea’s Christian Pulisic also played for Borussia Dortmund for years before moving to England.

The USA’s qualification for the 2022 World Cup

The USA, who will co-host the 2026 finals with Canada and Mexico, took part in World Cup qualifying from the third round onwards. There, the Yanks finished third with 25 points and three points less than the future co-hosts. Costa Rica also scored the same number of points. Accordingly, they only missed out on the intercontinental play-offs thanks to their better goal difference. The Ticos successfully participated despite a 2-0 home win in the 30 March showdown.

USA’s chances of success at the 2022 World Cup

The US national team will first face England, Iran and Wales in Group B at the 2022 World Cup. Here, the opponents represent the number five, number 21 and number 18 teams in the world. The Three Lions can only beat themselves in the race to win the group. Behind them, the USA and the Welsh side have more experience at a certain level than the Asian team.

However, Team Melli is undoubtedly a formidable opponent. If they finish second, the Soccer Boys would most likely challenge the Netherlands in the round of 16. And we definitely rate the Oranjes stronger.

Statistical peculiarities of the USA before the 2022 World Cup

The USA have played two test matches against their first group opponents at the 2022 World Cup, Wales. They won 2-0 in May 2003 and draw in November 2000. On the other hand, their record against England, with eight defeats, one draw and two wins, is clearly against the Yanks. In the most recent encounter in November 2018, the Three Lions won 3-0, while the 2010 World Cup was a 1-1 draw.

In addition, the USA will face Iran in their third group match, one of their geopolitical enemies par excellence. On top of that, Team Melli managed its first victory at a finals in the 1998 World Cup against, of all teams, the Stars and Stripes. Then, in January 2000, a test match in Mexico ended in a 1-1 draw.

We are quoting Bet365’s odds here. All odds are snapshots and can therefore change at any time. Furthermore, all odds are without guarantee.

Other teams in World Cup Group B: 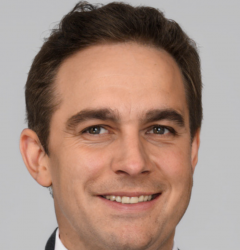 Joseph Shu
Before founding bettingtipsafrica, Joseph worked in a leading position of a well-known sports betting provider. Now he wants to share his years worth of experience in the industry with our readers. His vision: Informative, high-quality and entertaining content for anyone interested in sports betting. To make this a reality, he always stays up to date with the current developments in the world of sports betting.

Before founding bettingtipsafrica, Joseph worked in a leading position of a well-known sports betting provider. Now he wants to share his years worth of experience in the industry with our readers. His vision: Informative, high-quality and entertaining content for anyone interested in sports betting. To make this a reality, he always stays up to date with the current developments in the world of sports betting.